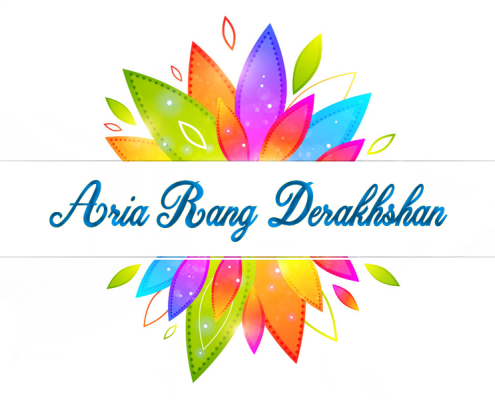 On occasion of International workers’ Day, Aria Rang Derakhshan like previous years, celebrated International Workers’ Day on May 11 by presence of almost whole the staff and also some of provincial authorities.

At the beginning of the ceremony, Mr. Bolouri, Director Manager of ARD, first congratulated SHABAN month and workers’ day then appreciated the efforts of ARD’s staff. In rest of his speech and by addressing the title of the year 1398 which is named by supreme leader of Iran as “Boosting Production”, he declared “we as an industrial group expect the authorities to accompany us in order to be able to deal and cope with production obstacles and all the regulations should be aligned with production support”

At the end, he emphasized on Mr. Bigdeli’s role as the representative of Khodabande’s people in Iran’s Parliament who can convey the existed troubles and obstacles in country’s industry.

The ceremony continued with Mr. Bigdeli’s speech (Parliament Representative); first he congratulated SHABAN month as well, then he expressed his happiness and satisfaction for founding and existing of ARD factory with an international potentiality in Khodabandeh city. Finally, he promised to discuss and share the available problems and obstacles with top authorities in parliament.

After Mr. Bigdeli, Mr. Taghilou (Area Colonel of Islamic Republic of Iran Police Force) took the stage for giving speech. Like the other speakers, he also felicitated SHABAN month in beginning of his speech then he emphasized on the role of Police Force in providing security in society which can be a small help in domestic production.

At the end, the ceremony continued with Mr. Mr. Nabatchiyan (Head of House of Industry, Mine and Trade of Zanjan). As usual he emphasized on support of provincial industry and also authority’s sympathy and accompany with them hoping result in development in province (Zanjan) industry.

This ceremony went on with awarding the top and diligent personals who had a good performance in last 3 months, beside that a staff with the title of ‘Safe Worker” was also awarded because of his precision observing safety regulations.
At the final stage of the ceremony, Year-Top Personnel Dr. Asghar Mohammadi was also awarded, beside him Mr. Behzad Khalaji was appreciated as Year-Brilliant Personnel.

And finally, the company held birthday party to whom their birth-day coincided with this ceremony.

Want to join the discussion?
Feel free to contribute!

Visit of working group of production facilitation and barriers removal from...
Scroll to top